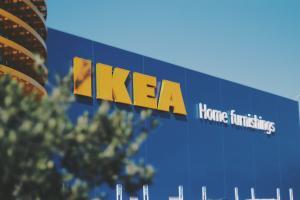 IKEA is a well-known brand all over the world. What makes IKEA different from other companies and why is IKEA linked with Sweden … and Sweden similarly with IKEA?

Please join us to learn more about IKEA and the special relationship between Swedish culture and the Company’s culture.  And to learn how IKEA integrates its Swedish origin into its global commercial successes.Dipl. Kfm. Michael Lenski commenced his work at IKEA 25 years ago after completing his studies at the University of Cologne.  Starting in the HR department at IKEA Cologne, he next helped open new Stores as HR Manager in Freiburg and Ulm. After 10 years in HR, he became Store Manager at IKEA Regensburg, and then at IKEA Munich-Brunnthal. For the past three years he has been responsible for around 400 co-workers at IKEA Eching, the oldest IKEA store in Germany.  In addition to his job as Store Manager, he worked on various national and international IKEA projects and as Coach in the international IKEA Store Manager Program.

WP-Backgrounds Lite by InoPlugs Web Design and Juwelier Schönmann 1010 Wien
We use cookies to ensure that we give you the best experience on our website. If you continue to use this site we will assume that you agree with it.AcceptRead more